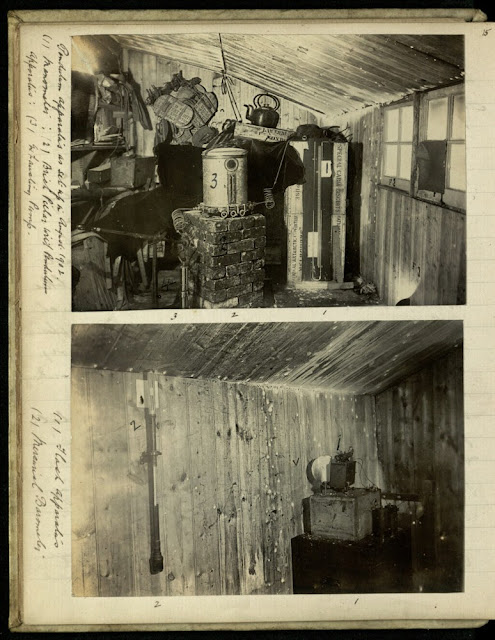 This journal records Pendulum Observations and includes certificates and notes.  The two photographs show the interior of a hut in 1902 with the pendulum apparatus within it. The photographs are annotated with details of the equipment. The image also includes other items held in the hut, including snow shoes, a kettle and an appetizing looking crate of ‘Special Cabin Biscuits’. 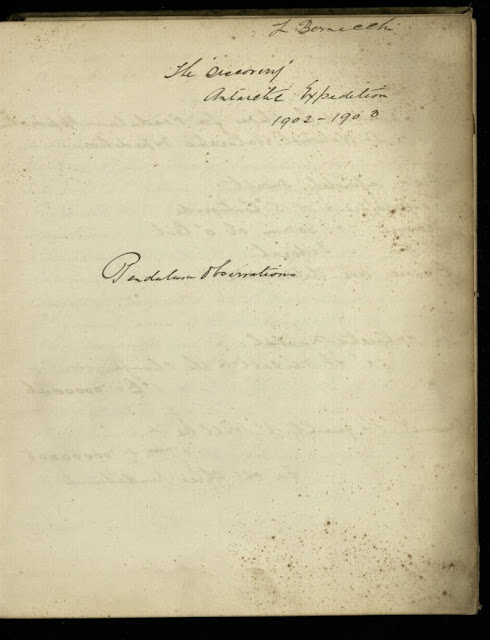 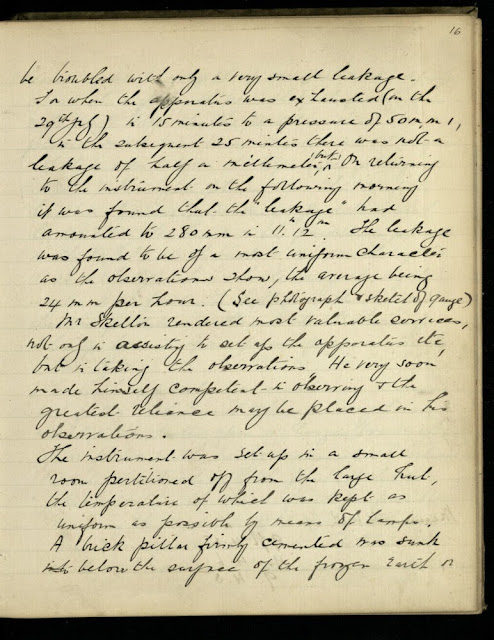 Pendulum observations were undertaken within a vacuum apparatus to determine the local value of gravity which helps indicate the extent to which the earth is oblate. There were three pendulums and each observation took many hours.

Posted by Fiona Menzies and Bob McIntosh
Posted by scotfot at 08:17