The Grizzly Bears - the dining club of the geologists of the Geological Survey of Scotland. 1869. 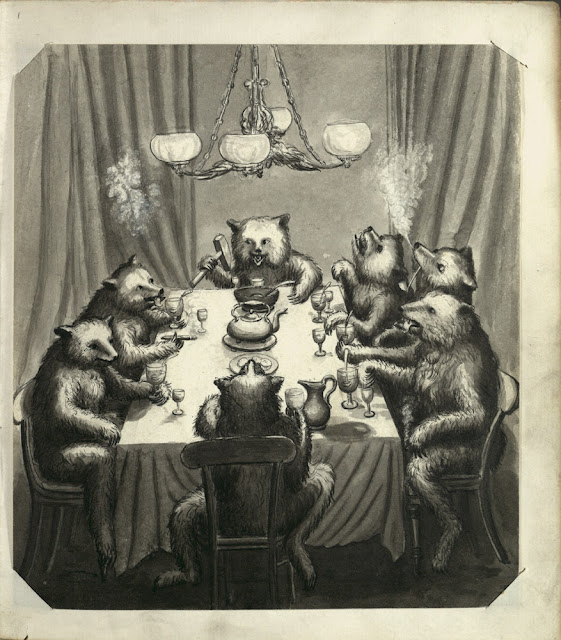 The Grizzly Bears - the dining club of the geologists of the Geological Survey of Scotland. Their first meeting was in Dejay's Hotel in Edinburgh on February 16th 1869 and they continued up to 1970. The records of the dinners are held in the three volume 'Dinner Books', an amazing informal record of the songs, recitations, sketches and other ephemera relating to activities at the dinners. The usually humorous songs and recitations were written by the geologists themselves and they relate to geology, their work, and life in the Geological Survey.

Dining clubs were common in late-Victorian Britain. A dining club based in London for the England and Wales staff of the Survey was called 'The Royal Hammerers'.

Note the Grizzly Bear at the head of the table - he is holding a geological hammer - no doubt to call order!